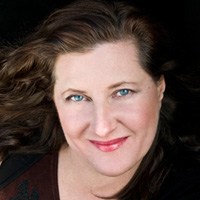 Jenny Jozwiak is an award-winning travel and culture photographer, whose work in photojournalism and spontaneous portraiture has received wide acclaim. Her passion has taken her to 40 countries, where she has shown a unique gift for capturing the intimate lives of people and their environment.Jenny’s work has been published and exhibited in many prestigious venues. Jenny produced, conceived of and curated the photo documentary project Diversity of Devotion: Celebrating New York?s Spiritual Harmony? in 2008, which was housed in the Main Lobby of the Brooklyn Public Library and continued in the Queen?s Museum of Art for the Remonstrance Exhibit? examining religious tolerance. She has also exhibited her work of Doorways and Architecture: Portals of the World? and curated in the work of Rogello Clara for the Transcendance? exhibit at the major Contemporary Art Gallery and Museum in Guatemala City.Jenny’s work can also be seen in the MILK Book: Family: A celebration of Humanity and 100 New York Photographers?, where she is featured.