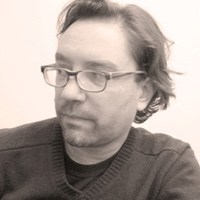 Aaron McDonald is a photographer and architect, whose photography practice has grown out of his architectural background and training. A graduate of The University of Chicago and Yale University, his photography interests began with assignments for college newspapers. Since then, Mr. McDonald has won awards such as a Fellowship at the American Academy in Rome, where he created a series of photographs of Rome as if submerged by a flood, as an exploration of an apocalyptic medieval legend.
His current photographic series explores the architecture of Italy and of China, locations of his recent architectural commissions.
He is currently working on a photographic book on contemporary Shanghai. Mr. McDonald’s work has been exhibited in New York, Montreal, Los Angeles, Venice, and Washington, D.C.